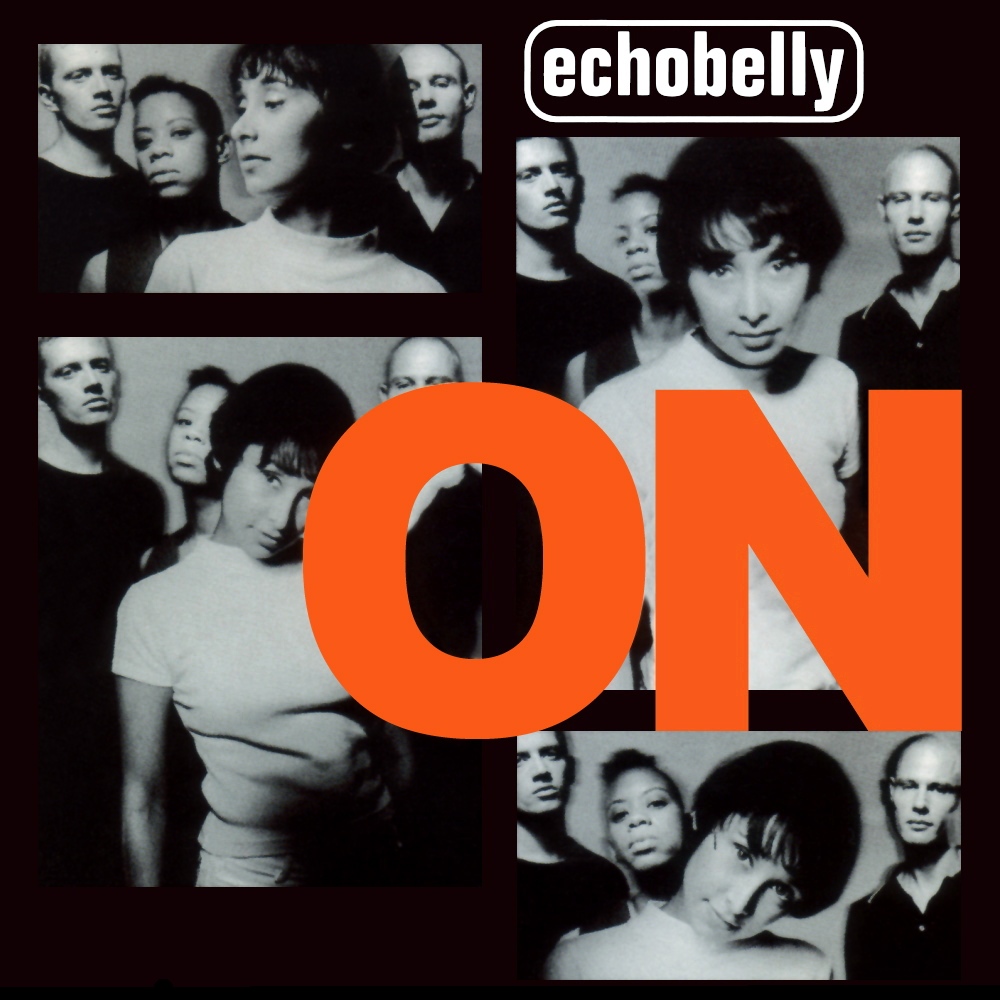 Our second album, ON, was to be our most successful.  We’d been writing some of the songs during the tail end of the first album.  Glenn had written KING OF THE KERB, with its perfect opening riff, in the back of the tour bus and we rehearsed it during soundchecks.

As a student I had lived in Soho, London.  There were two strip clubs across the road from us and we got to know some of the strippers and characters that would frequent the joints.  I was fascinated by their lives and how different they were from my own.  The lyrics for KING OF THE KERB were a fantasy-fuelled homage to how I thought they lived.

We recorded ON at Konk Studios in North London during the early summer of ’95.  My abiding memory is of a long train of ants that constantly marched across the studio floor.  We had two Americans, Sean Slade and Paul Kolderie, producing.  They were particularly good at getting the guitar sound down.   Glenn then accompanied the recordings to Fort Apache Studio in Boston, USA, to mix the album there.

During that summer’s festival period, we found ourselves double booked in that we were to play a big Danish Festival and the record company had got us onto a BBC special the same day.  We were given a private plane to get us to the festival and back and the pilot let us know that we could do what we liked……  The show was great fun and the crowd was brilliant, but they kept throwing what I thought were little sticks at us.  It wasn’t until we’d finished that we realised they were ready rolled spliffs, given as a sign of appreciation.  Sad to say that this was to be the last show with the original line-up.

Although things were, on the surface, going really well, cracks were beginning to show.  Nothing new in the field of most band histories, but new to us, nevertheless.  I was suffering from a recurring illness and we were having trouble with Alex.  In-fighting was becoming a little too common.  I have deep regret that we did not sort this out ourselves, but let it fester and the inevitable followed:  We let Alex go.

It was a really busy time and a few days later, we had a live MTV appearance and no bass player.  An afternoon of last minute auditioning was hastily put together and we chose James Harris, or “Chopper” as we re-named him.  He was playing the MTV show with us that very evening and having been thrown in the deep end, coped really well.

During the spring of ’95, in a top floor room of the venue, at an Italian show, Glenn and I found ourselves rummaging through dusty, discarded paraphernalia at what turned out to be the old headquarters for the local Communist party.  We came across a powerful old poster, scrawled on it was the word “NO”.  It had been painted in blood red, the paint left to drip down menacingly.  This was the inspiration for the title of ON.  Turning the word around from a negative to positive, but trying to capture the inspiration the poster gave us.

ON was released in October ’95 and sold out tours were part of its exposure.  It reached no 4 in the UK charts and the first single GREAT THINGS, which set the ball rolling in August, went to no 8.   Time was in short supply and when the record label said they needed two more tracks for the single release, we had 24 hours to deliver them to meet the deadline.  Glenn and I managed to write BUNTY and ONE AFTER FIVE A.M. that evening.  We recorded them on a Fostex 4 track in the bathroom (which had the best natural reverb).  No time to record them properly, so they ended up on the single as they were.

GREAT THINGS was all about inspiration and aspiration.  What the human character is capable of and how we’re all hungry for something.

KING OF THE KERB was released in October ’95.  The single, (one close to my heart), DARK THERAPY, came out in February ’96.  It was always a live favourite with our audiences.  One of the four of us living in the W2 flat at that time, was a beautiful and complex creature who had lived more lives than I could imagine.  He is no longer on the physical plane. His soul always seemed to want to soar too high.  I would watch him ingest and inject himself.  He’d describe his experiences to me.  I called him the dark therapist.

DARK THERAPY could have been our biggest hit.  It gave us clues by re-entering the charts without any real promotion.  The label was going through its own issues and did not seem to be behind it – politics were destroying the momentum.  A rumble ensued between two of the majors as to which one we would go with.  No-one realised it would take so long to sort out.

We did more touring for ON than we had ever done before.  The audiences were amazing and had swelled in number.  Some of the regulars that followed us around became friends.  The album was doing well in many places.   We had managed, so far, to keep it together.

There are so many mixed memories from this time that it took a while to come to terms with them. So many highs…..